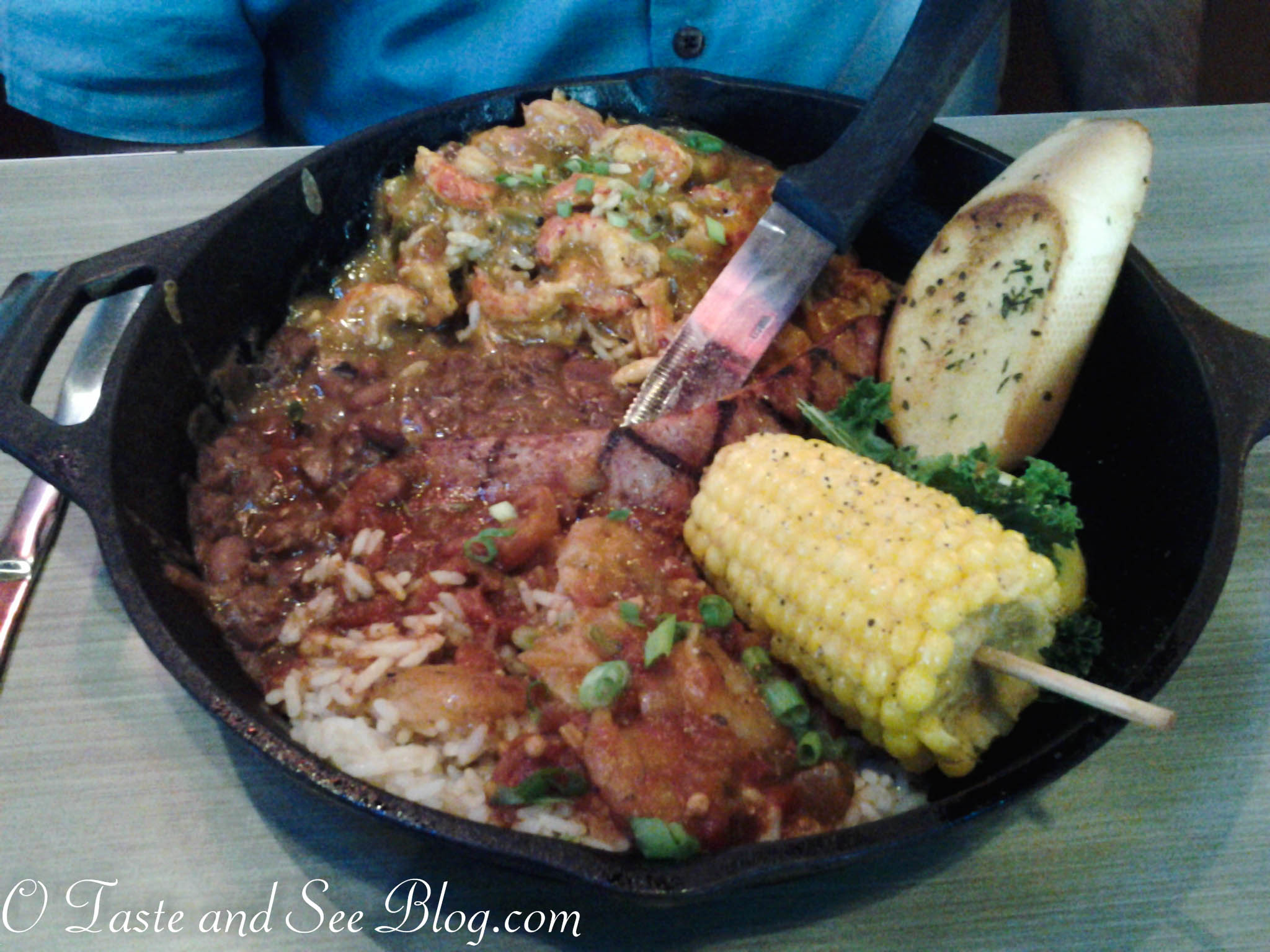 This isn’t actually a picture of us going out for his birthday.

As I mentioned yesterday, my husband had a birthday.  In our family, when celebrating a birthday you get to go out to a restaurant of your choice.  This year my husband chose a place we haven’t been to in years….Razzoo’s Cajun Cafe.  He and I go out for birthdays by ourselves, so it’s a good time to choose a place that is a little too expensive for all of us or that the kids don’t like. This place is mostly the latter.

Since his birthday was on Friday we wanted to go somewhat early before it got too crowded. We arrived before six and the timing was perfect.  The parking lot looked crowded but it’s a big place so there was plenty of room and we didn’t have to wait.

Razzoo’s is Cajun, which we love!  Their menu has all the traditional Cajun dishes…shrimp, catfish, alligator, andouille sausage, gumbo, dirty rice, etoufee and my personal favorite…”crawdaddies”.  (For those who may not be familiar, that’s crawfish, and I only eat the tails)  Just in case someone should come with a group, but doesn’t really care for Cajun, they have a hamburger that sounded pretty good.

My husband usually likes to try new things when returning to a restaurant, but since we don’t come here very often, he gets the same thing every time…The Cajun Combo Skillet 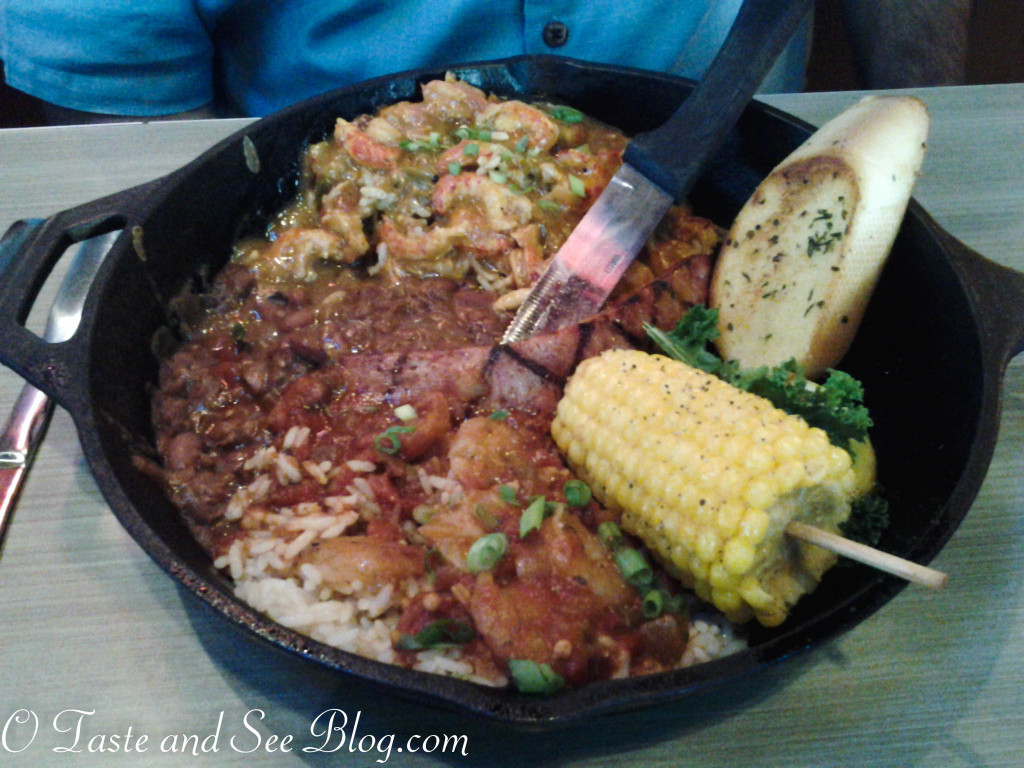 It comes with andouille sausage, shrimp creole,  etoufee, red beans and rice, corn on the cob and garlic bread…all served in a large cast iron skillet!

I sometimes have a hard time deciding what I want to eat so I think it’s great when there’s a sampler platter of some sort.  I chose their Seafood Combo Platter. 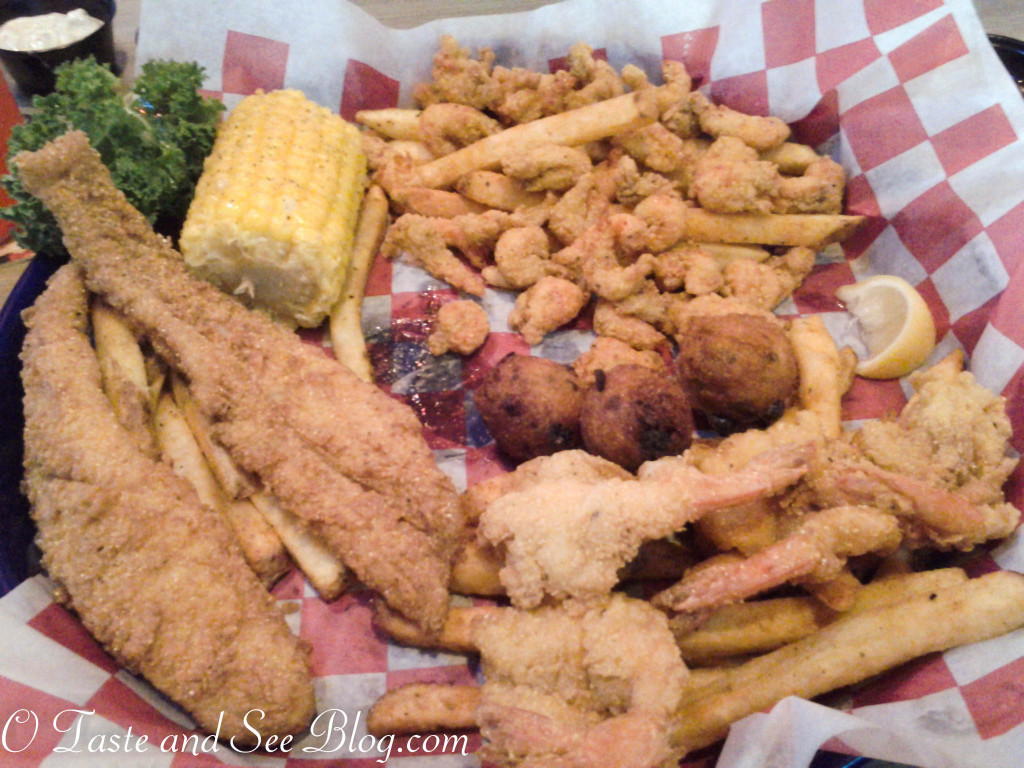 It came with fried shrimp, fried catfish, fried crawfish tails, french fries, hush puppies and corn on the cob.  (I like my seafood fried) It’s served with the traditional cocktail and tartar sauces but there’s also a cherry mustard sauce.  My husband loved it with the hush puppies. I also had the strawberry lemonade, served in a wide mouth quart “mason” jar.  It mixed exactly the right amount of sweet and tart. 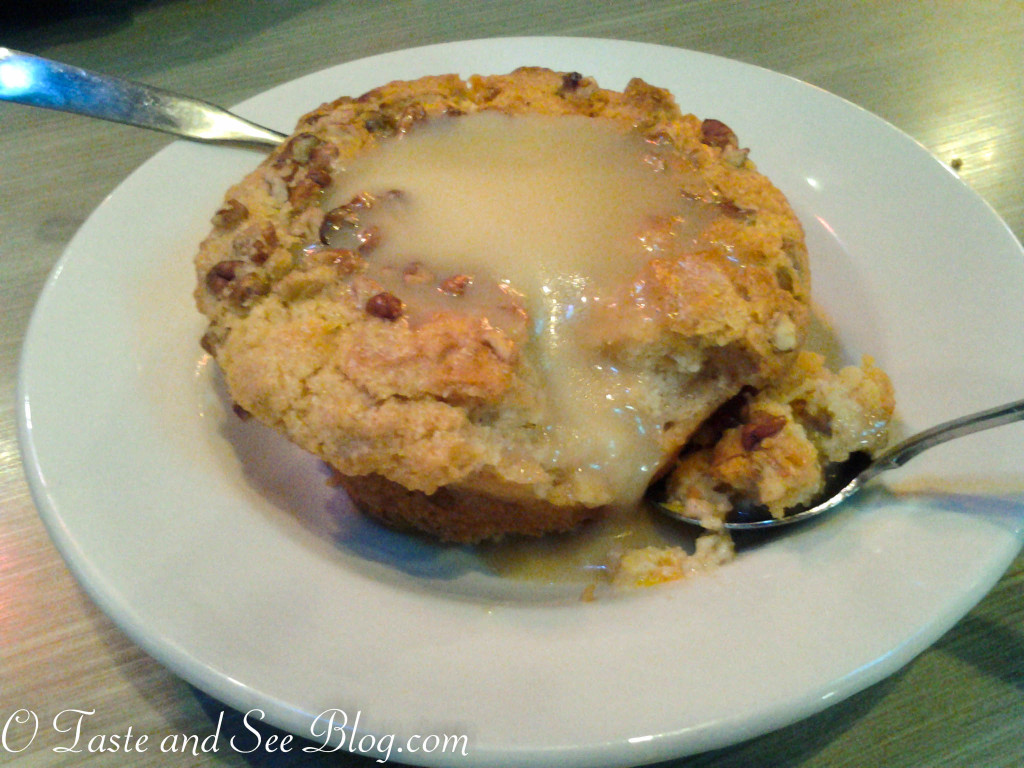 Since it was a special occasion, we HAD to get dessert.  Bread Pudding.

We were very glad we only got one…it was HUGE.

They make it fresh every day with peaches, pecans and of course bread.

It was as good as it looks!

We did bring about half of the bread pudding home because we were just too full to finish it.

I was going to tell the server it was my husband’s birthday but decided against it after a lady at the next table also had a birthday. They made her stand and twirl a cloth napkin over her head as all the servers gather round and sang a special Razzoo’s version of Happy Birthday.  For those who don’t know my husband, let’s just say…he’s a little reserved.

After we were totally stuffed, we decided to go to a spice store in a large shopping area nearby for some much needed Vietnamese cinnamon.  Evidently, it is run by “older” folks like us because when we got there, a little after 7:00 on a Friday evening, they were already closed!

So, we did what we really wanted to do…went home, put on our “stretchy” pants and watched a little TV with the kids!