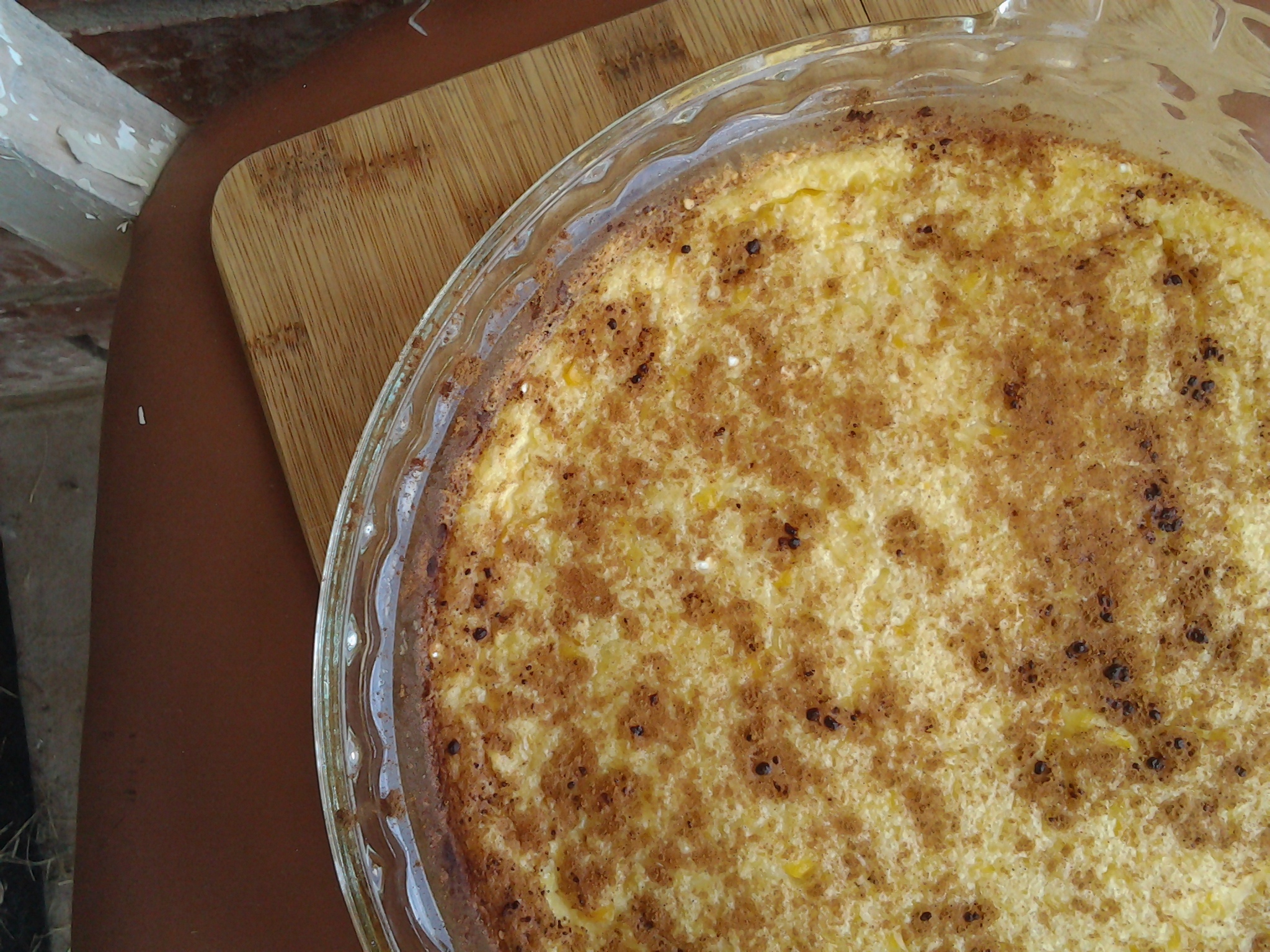 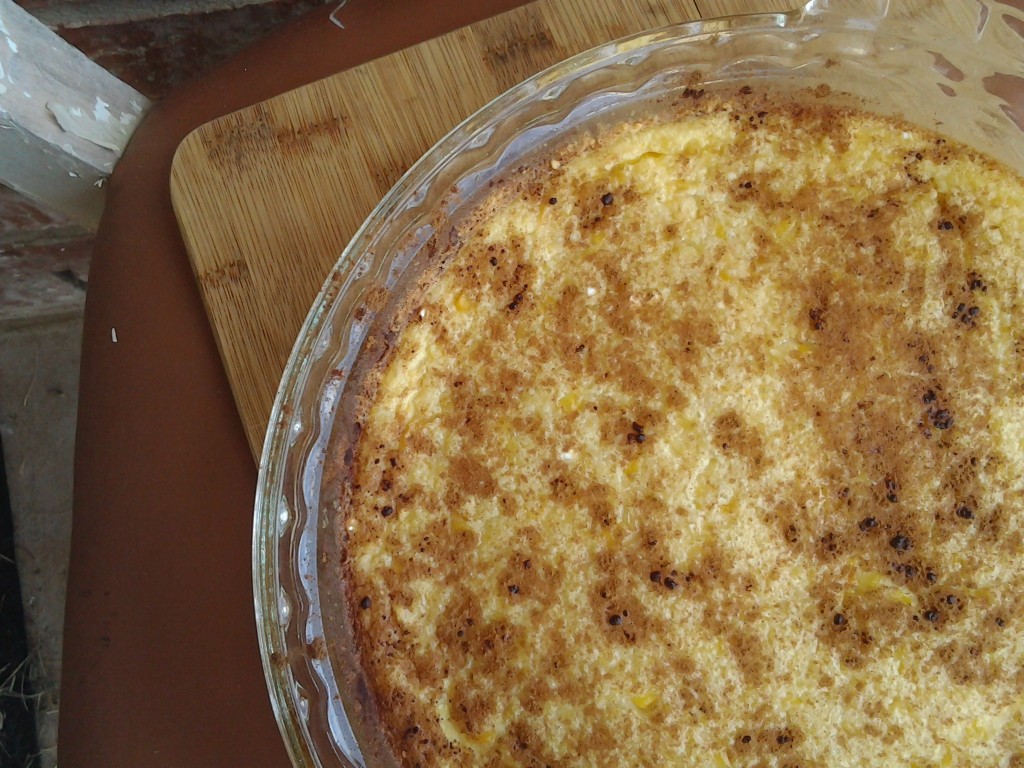 Have you ever had the canned creamed corn?  Our family doesn’t care for it.  I grew up eating “real” creamed corn – corn that my grandma had cut off the cob and cooked…which is NOTHING like the stuff in the can.

The first time I had this dish was about nineteen years ago.  The reason I remember is because it was right after our first daughter was born.  My in laws lived in Pennsylvania at the time and we were in Georgia. We called them as soon as I went into labor and they were there shortly after our daughter was born.  They came to meet their first grandchild and to stay to help out for the first week or so as I adjusted to being a new mom.

Back then, I wasn’t quite as organized as I am now.  Today, I would have plenty of food in the house and probably even menus planned so she wouldn’t have to wonder what to make.  I might even have made them ahead and put them in the freezer.  But since that was then and  I’m not sure we had even had overnight guests before, I wasn’t so prepared.  Fortunately, my mother-in-law is a “pro” at taking care of people.

One of the first meals I remember her making included this corn casserole.  It looked really good and I wondered how she had made it.  She explained that I had one can of creamed corn in the pantry and it was a great way to stretch it to feed more people.  It was really good, slightly sweet and with a better texture than the normal canned creamed corn.  I asked her to leave me the recipe, which she was glad to do.  The thing that impressed me most was that she hadn’t brought her recipe book with her and yet she still knew how to make it.  I thought that was the greatest thing!  How could she remember exact measurements like that?

Butter a round casserole dish 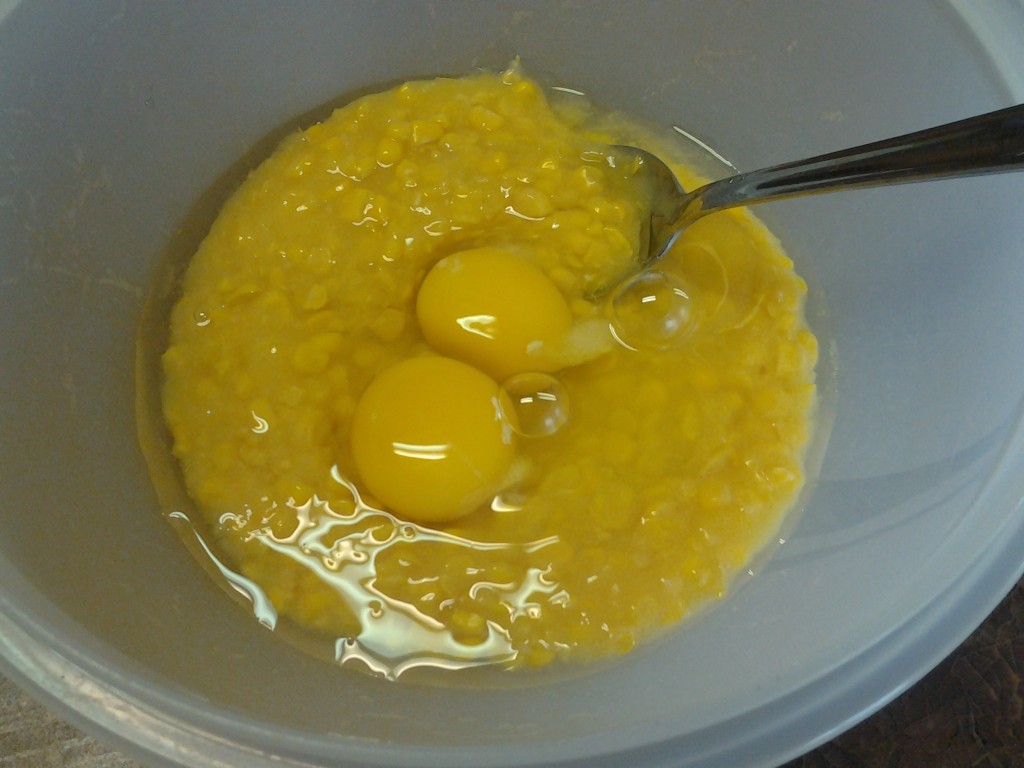 In a medium bowl whisk together corn and eggs 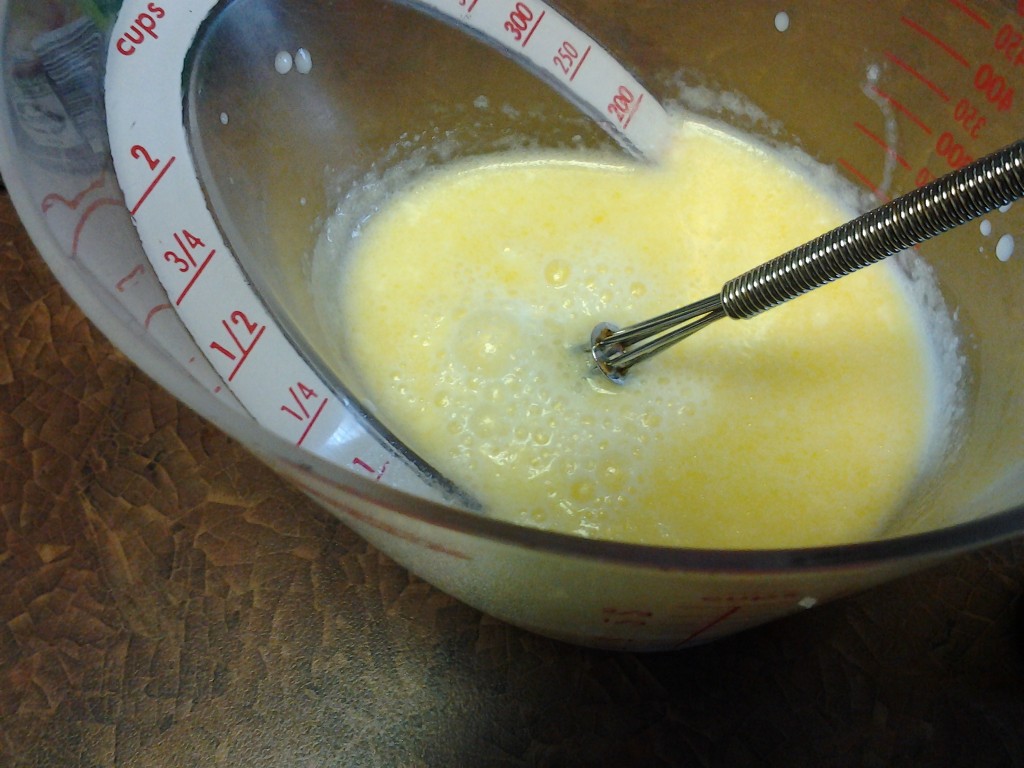 In a separate bowl (I just use the measuring cup to save on dishes) mix milk, sugar, butter and flour 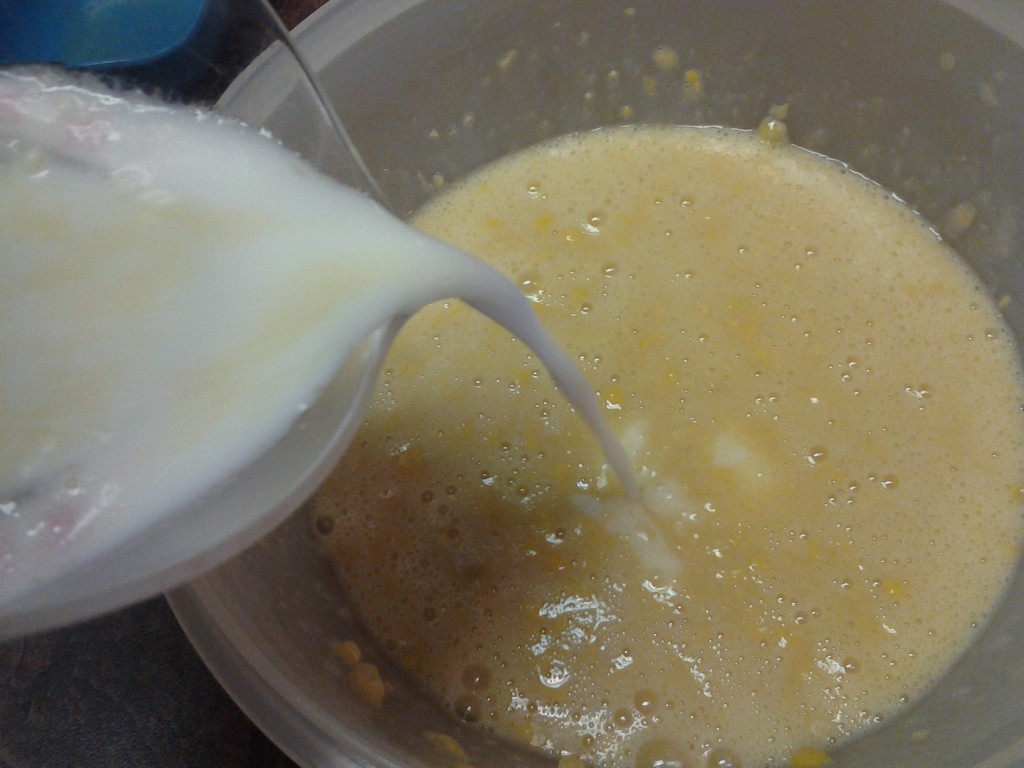 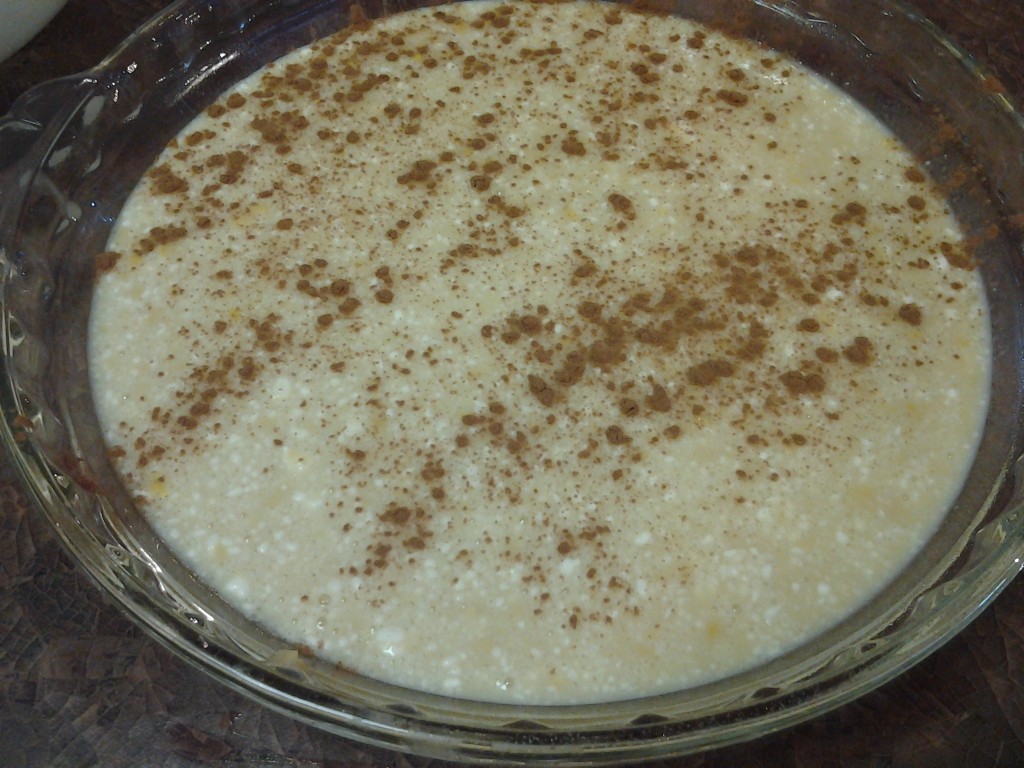 Now I am about the age my mother-in-laws was then.  I understand now how she was able to cook without a recipe.

Famous Fast Food Chicken Sandwiches were chosen as one of last weeks “favorites” over at Frugal Foodie Mamma link party!