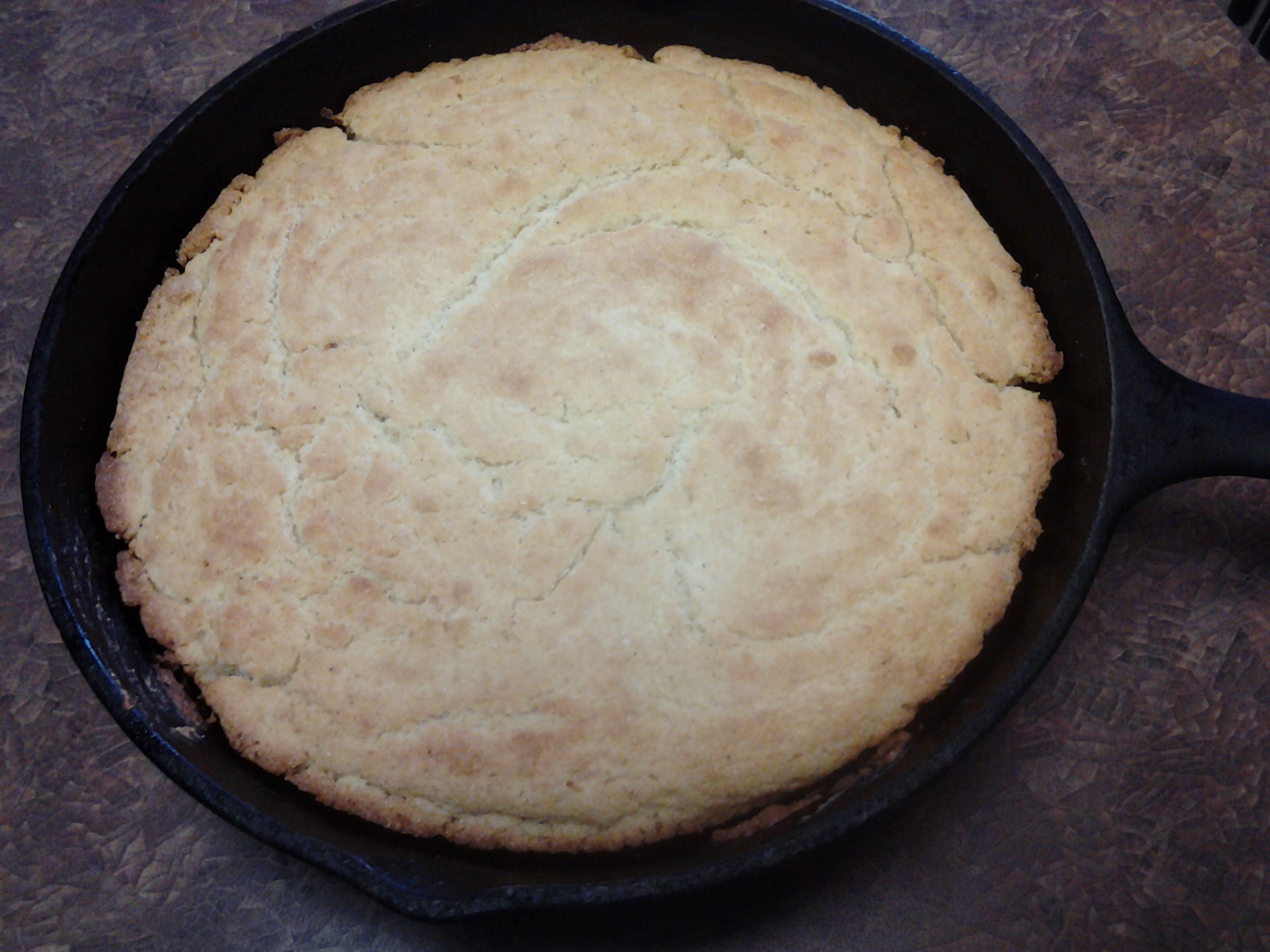 Cornbread and black-eyed peas are traditional Southern foods.  Today, we might even call “comfort” foods, but growing up in the South, we just called it “dinner” (which was the big meal eaten sometime between noon and two p.m).

What exactly is “comfort food”?

According to Wikipedia “comfort food” is traditionally eaten food which often provides a nostalgic or sentimental feeling to the person eating it.  (It also went on to say something about being rich in flavor and calories, which I think means “REALLY good and fattening” so I just skipped over that part.)  It did make me realize that most of the food I make can be described that way. Practically every recipe has a “story” or special memory behind it.

What does cornbread remind me of? Southern Grandmas….mine and my husband’s. When we would visit either of them we would often enjoy fresh vegetables from the garden and ALWAYS with Cornbread and biscuits.  Yes, BOTH at the same meal.  Why? First, because you didn’t know who might show up to eat with you, so you needed to have extra.  Second, some people might want cornbread while others would prefer a biscuit…and if they couldn’t decided they could just have BOTH.  Third, cornbread is eaten with the vegetables and a biscuit (or two) can be eaten with some jelly as “dessert”.

Whatever was left from dinner went back into the pots, kept on the stove or in the oven (which wasn’t on), reheated and eaten for supper, which was the meal eaten in the evening (usually between five and seven p.m).

To our Grandmas, food wasn’t just a necessity, it was a gift of love.

Both our Grandmas have gone on to be with the Lord and we miss them very much, but we are thankful for the memories and influence they have had in our lives and the lives of our children.

I think I see now why it’s called “comfort food”! 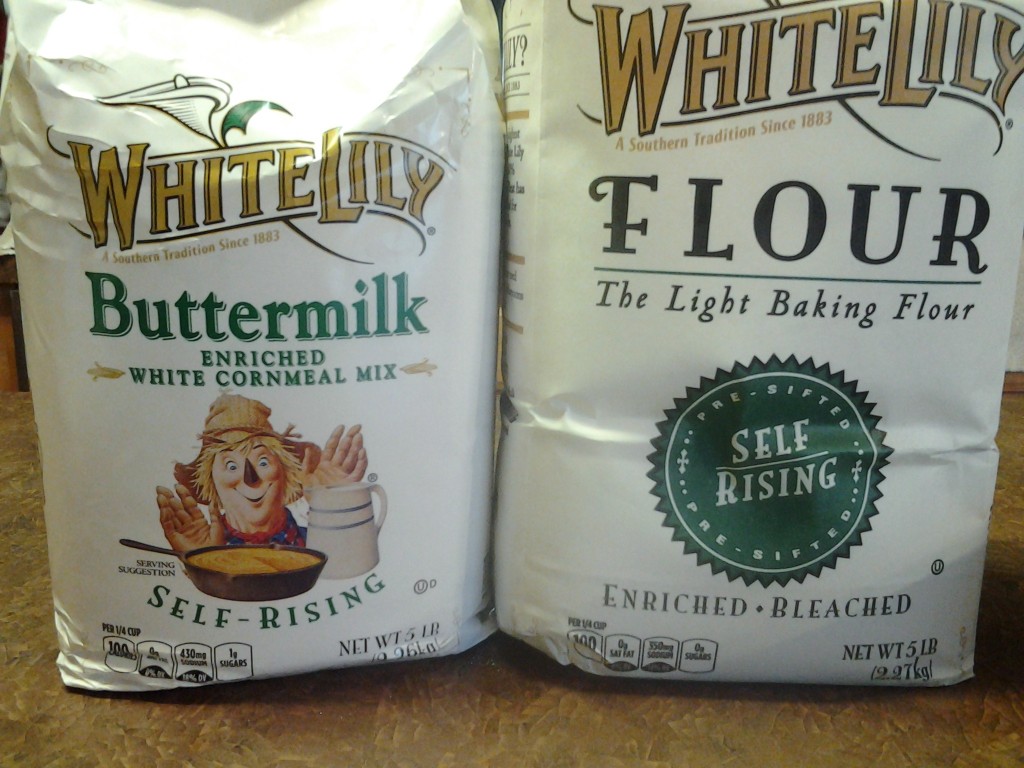 *I use White Lilly Self-Rising Cornmeal and Self-Rising Flour.  Although, I have to import it from Alabama via my mom and mother-in-law.

Place bacon dripping in a large cast iron skillet.  Place skillet in oven and pre-heat to 375 degrees.  This will allow the drippings to melt.  The hot skillet will also give your cornbread a nice crust.

In a large bowl, mix all other ingredients together.  Make sure skillet is hot and drippings have melted, then CAREFULLY take out the skillet and pour in batter.  You can stir in the drippings but it isn’t necessary.  Bake until golden brown.  Check after about 30 min but it could take 45 min or so. 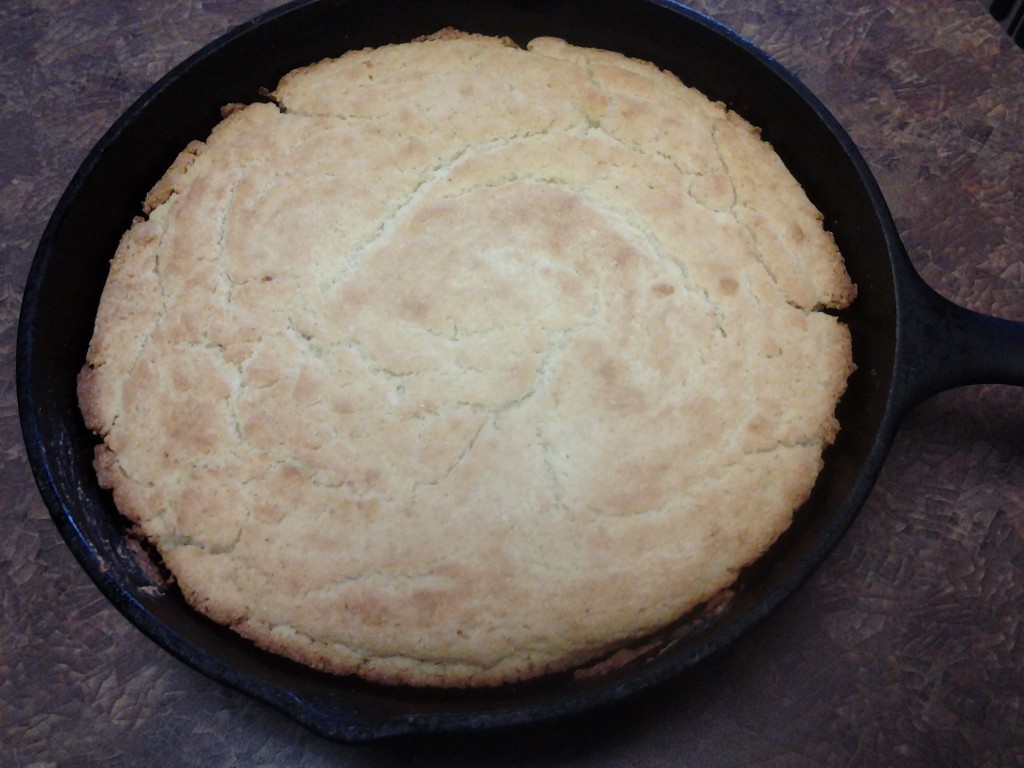 Let it cool for a minute then invert on a plate to serve. 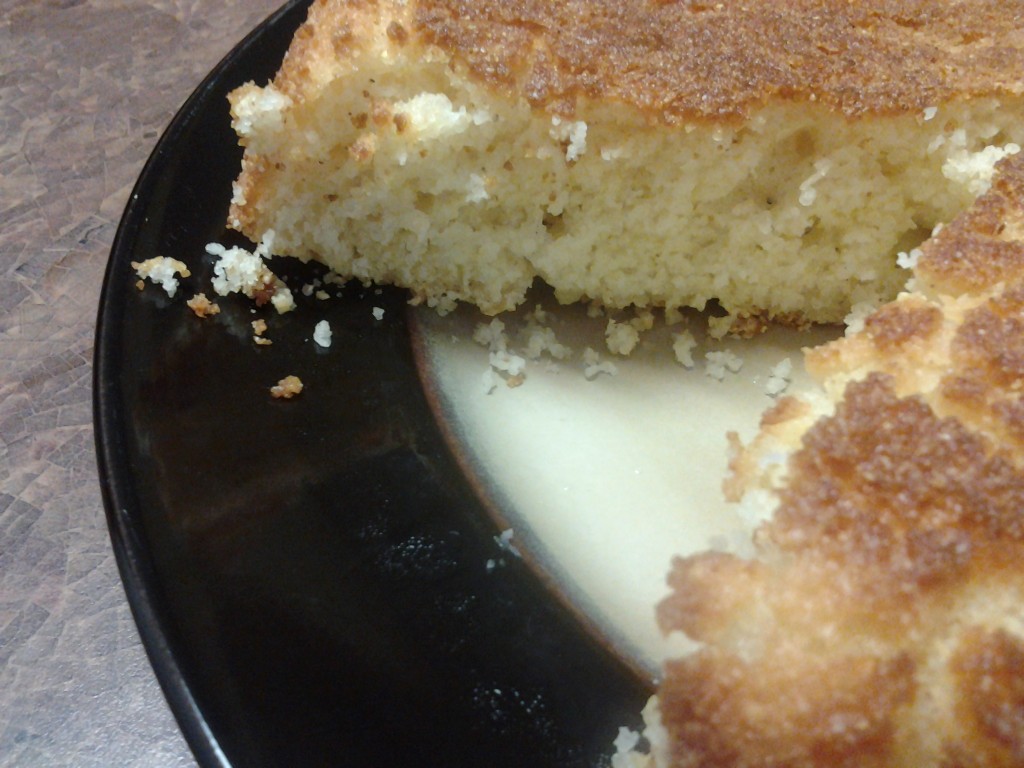