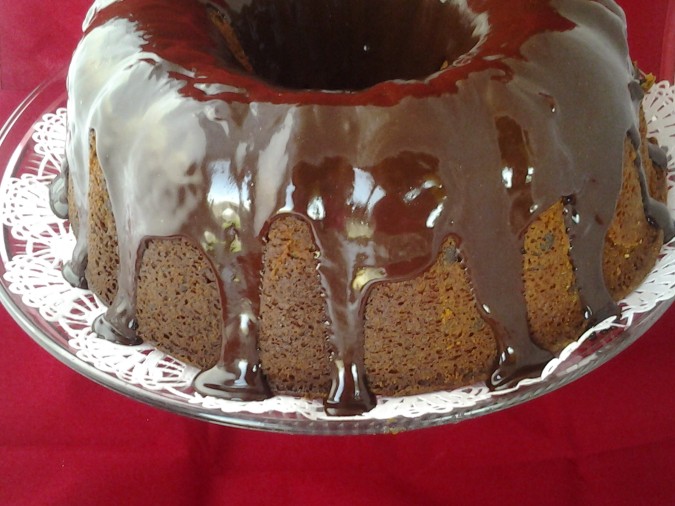 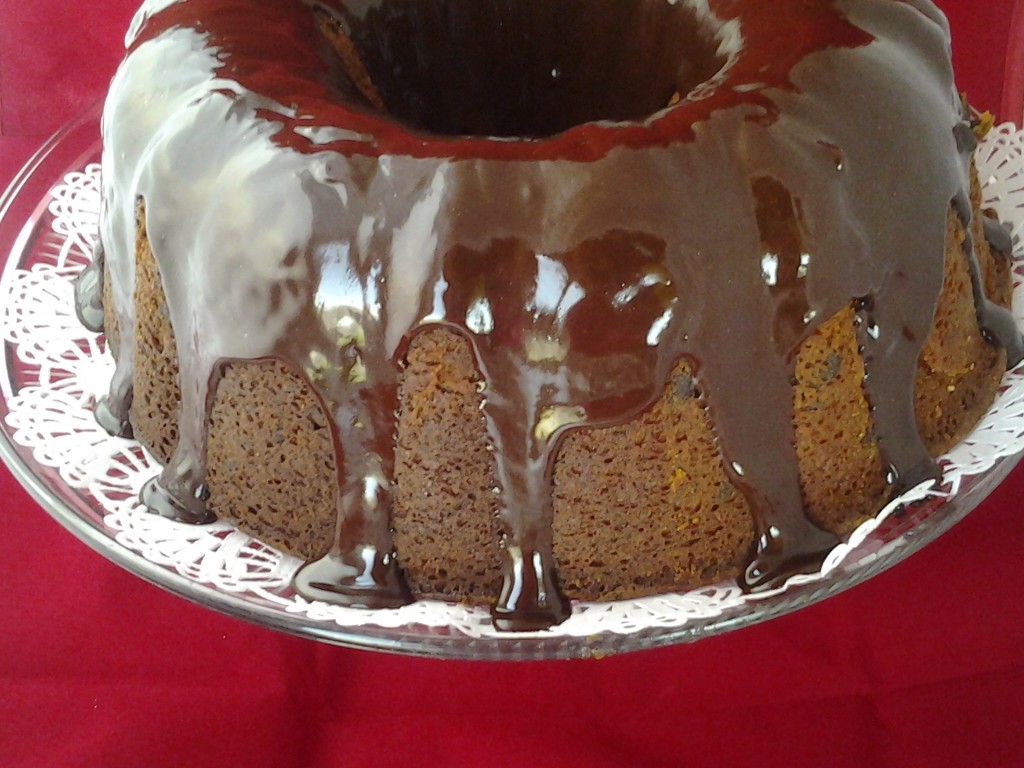 Pound Cake…for those who have experienced them, that’s all you have to say!

Pound cake is one of the “go to” Southern desserts (the other being banana pudding)  It comes in seemingly hundreds of varieties.  Almost every Southern lady has her favorite pound cake recipe.

People in other parts of the country may not be familiar with this cherished Southern favorite.  Most people we knew in Pennsylvania had never had it, but when we made it, they loved it.  One friend, who happened to be married to a man from Georgia, told me about the first time she ever had it.  As newlyweds they were visiting his family in Georgia, and his mom (showing her natural southern hospitality) made a pound cake.  Now, typically they are served without icing.  If, like the picture above, they have “icing” it’s called “glaze”.  Not being familiar with pound cake, our friend didn’t realize this.  She tried it, and liked it, but she recalled her first comment was, “This is really good, but where’s the icing?”

Pound cake doesn’t need icing.  As you can see, I did put glaze on this one.  I was taking pictures and I thought it would look prettier. Usually I don’t.  Some of my family was slightly disappointed that it had glaze, although it didn’t stop anybody from eating it.

So why is it called pound cake?  Does it weigh a pound?  Well, it probably weighs much more.  It’s called pound cake because it was originally made with four ingredients…one pound of each…butter, sugar, flour and eggs. My recipe doesn’t call for quite that much, but pretty close on some.

It’s much more dense than your typical layer cake, because it has no leavening agent.  It is beaten for several minutes to incorporate extra air.  It’s almost always cooked in a bundt or tube pan but I have seen it baked in a very large loaf pan (industrial sized).  It goes a long way so it’s great for crowds or “pot lucks”.  We’ve taken it to church several time.

I’ve never met anyone who doesn’t like pound cake.

Allow butter, cream cheese and eggs to come to room temperature before using 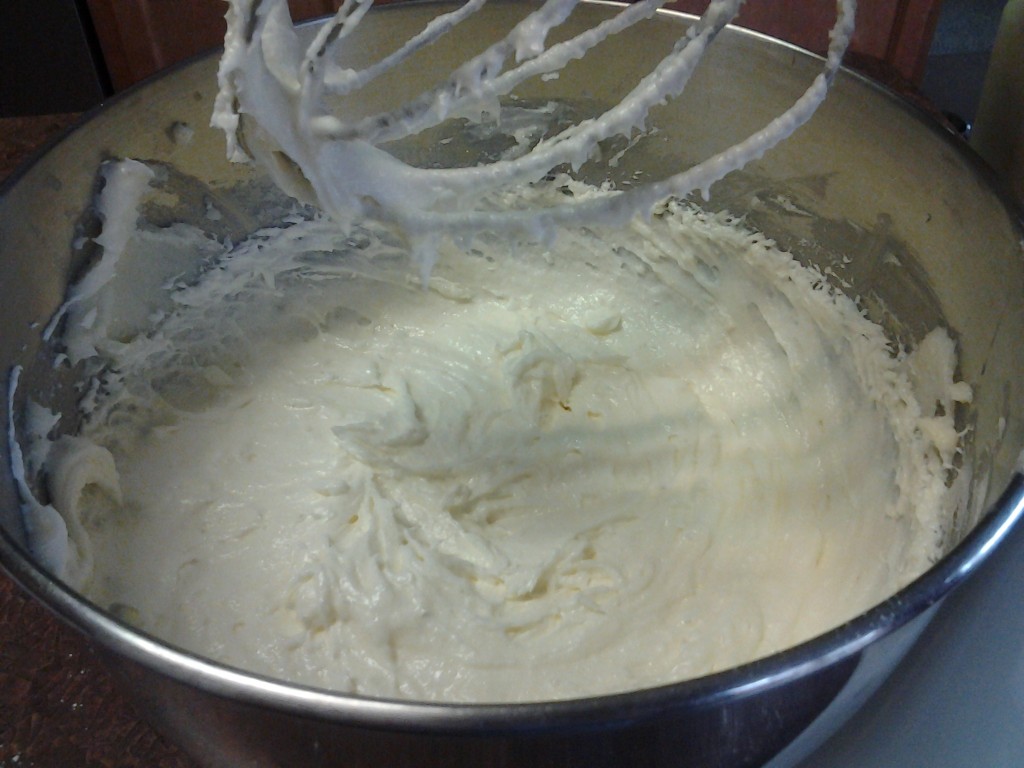 Cream butter, sugar and cream cheese in a large bowl on high speed for 5-7 minutes

Add eggs one at a time, mixing in between 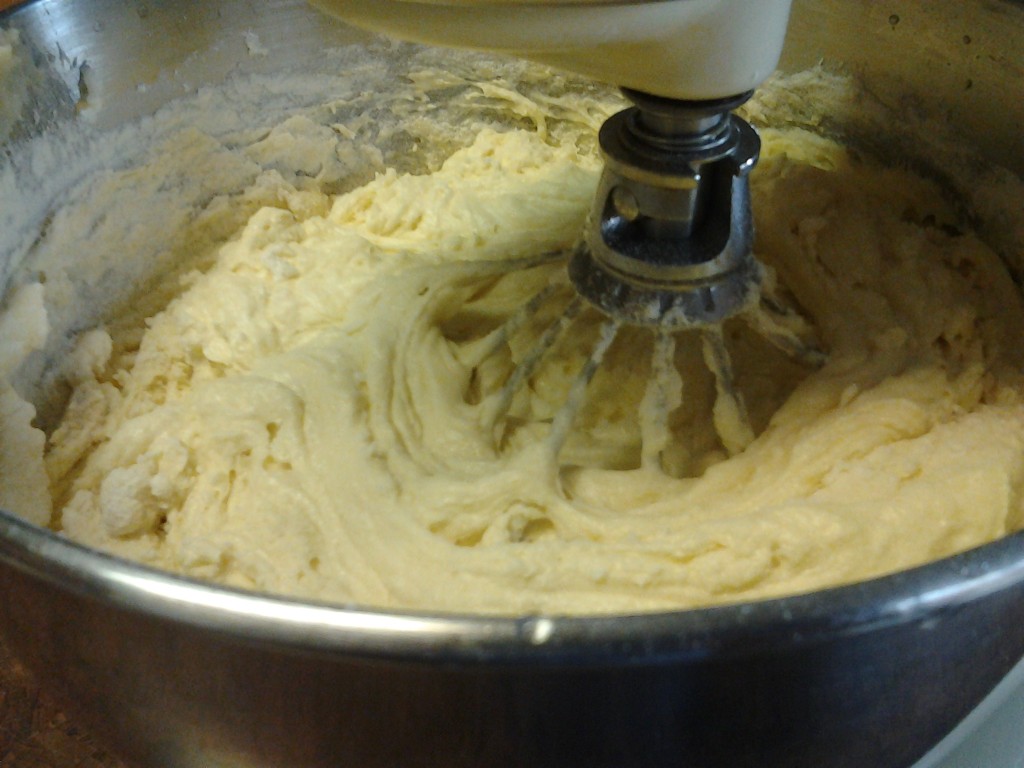 Add flour a little at a time until well mixed 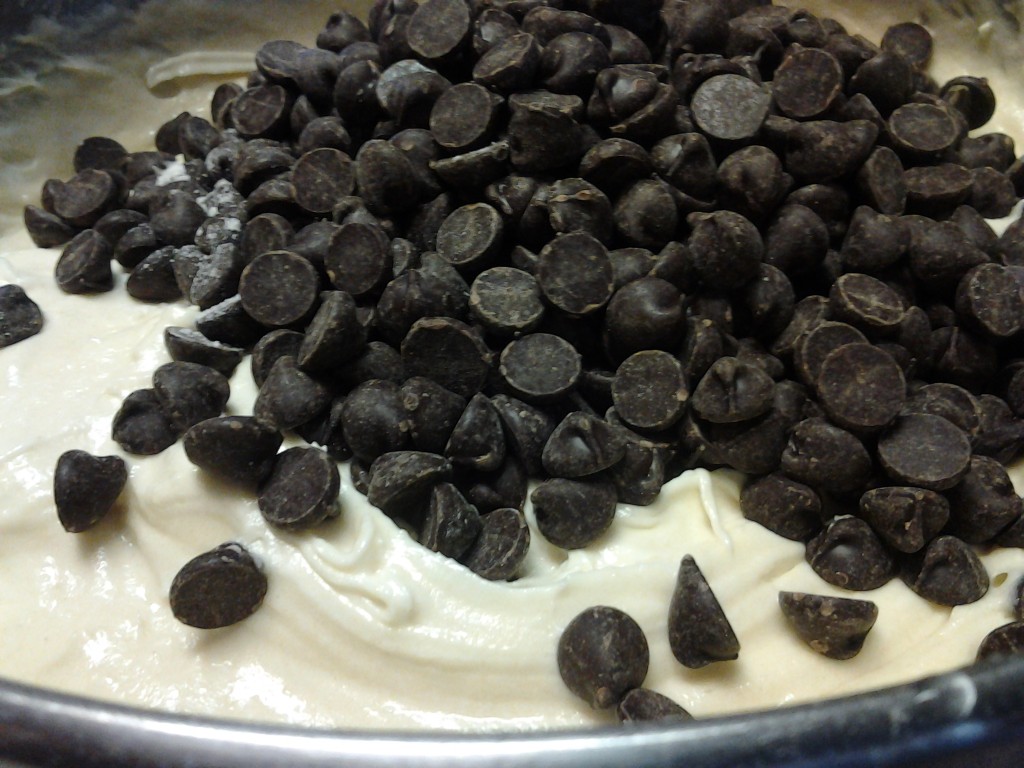 To test for doneness use a spaghetti noodle instead of a toothpick.  It should come out clean, unless you hit a chocolate chip. 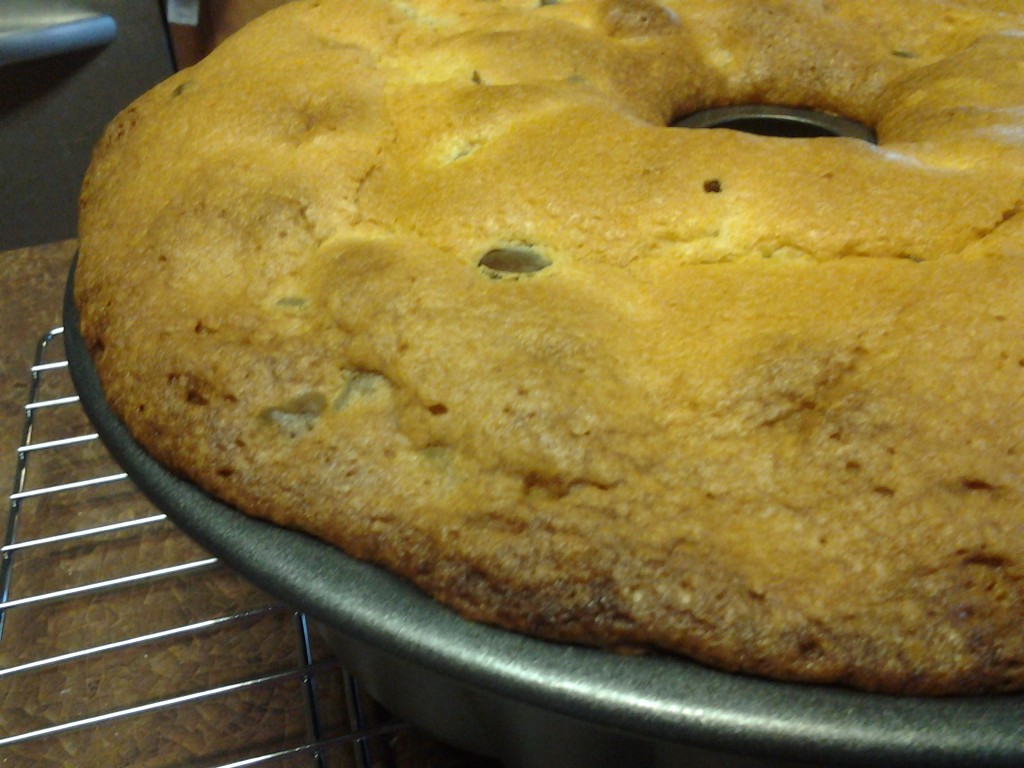 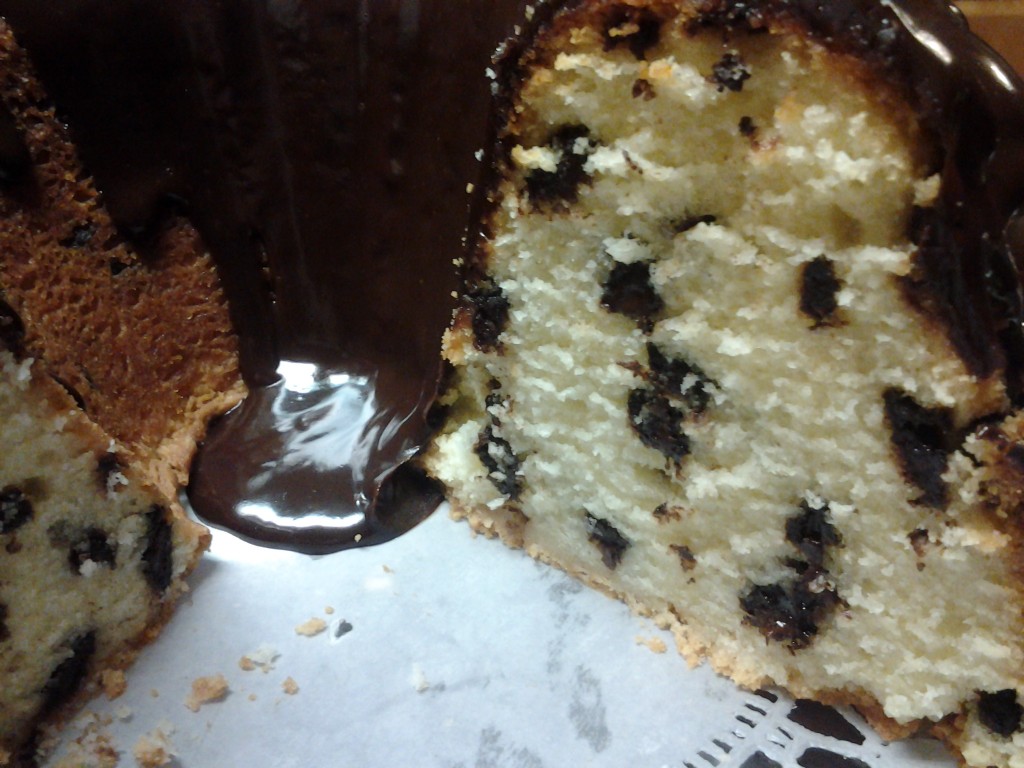 Don’t tell your kids, but sometimes I toast a piece for breakfast! 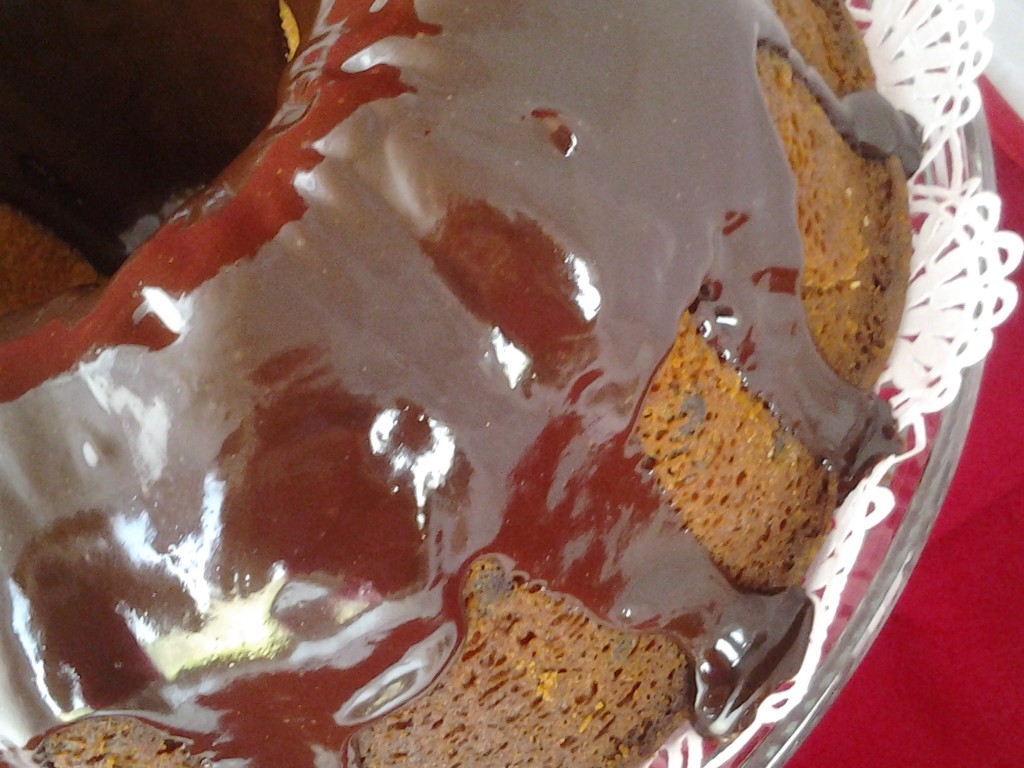