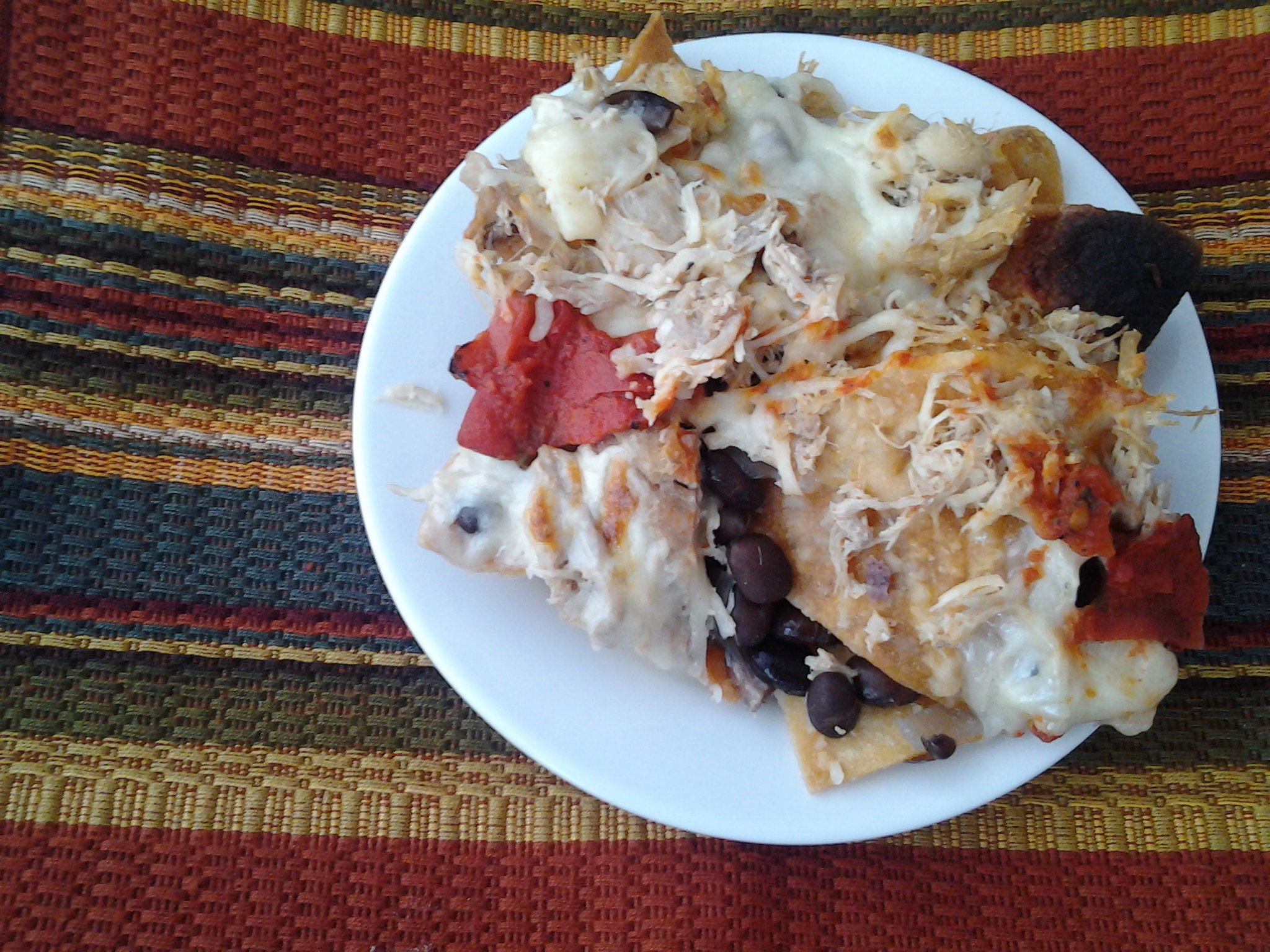 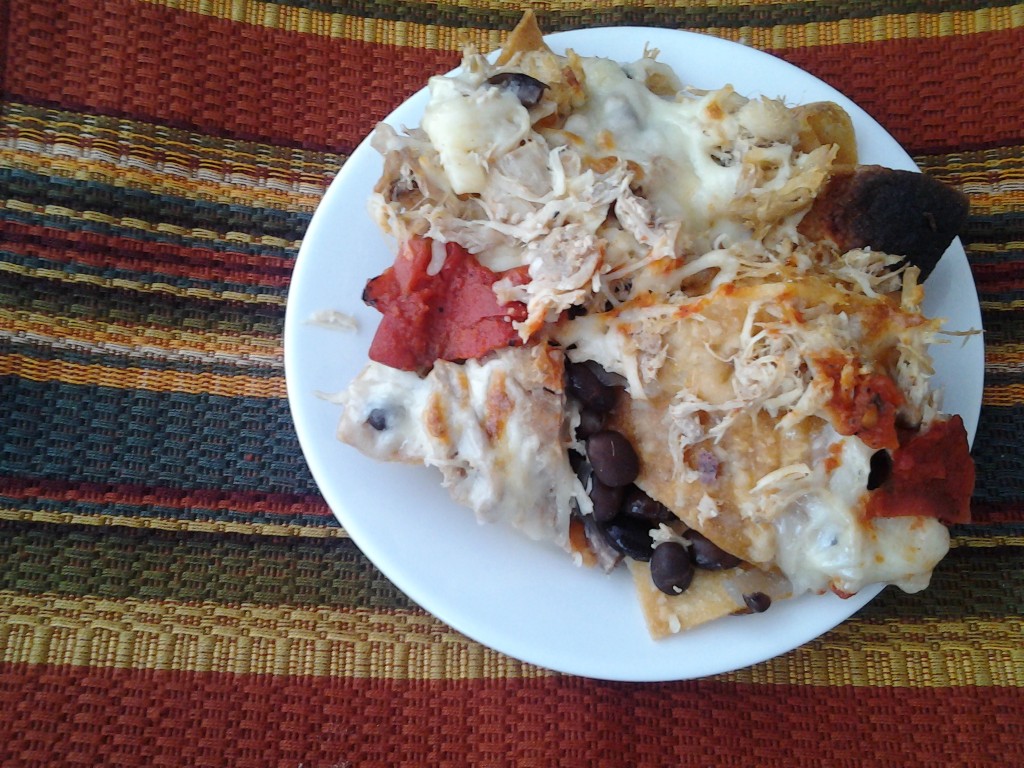 Last week my parents were visiting from Alabama.  They are preparing to move here to Texas and it was a busy, but fun, week looking at houses.  Because we were on the go I did a few crock pot meals which we ate for dinner and sometimes lunch the next day.  By the end of the week I had a refrigerator full of “a little of this and a little of that”.

Everyone was ready for something “new”.  I didn’t want to throw away what we had, but at the same time, making more food (which would give us even more leftovers) didn’t make sense either.  It was the classic “Leftover Dilemma”.

Here’s what I had left from previous meals:

Rotisserie chicken – less than half

Homemade Salsa – made to go with above dip

Things I found in the pantry:

What We Had For Dinner: 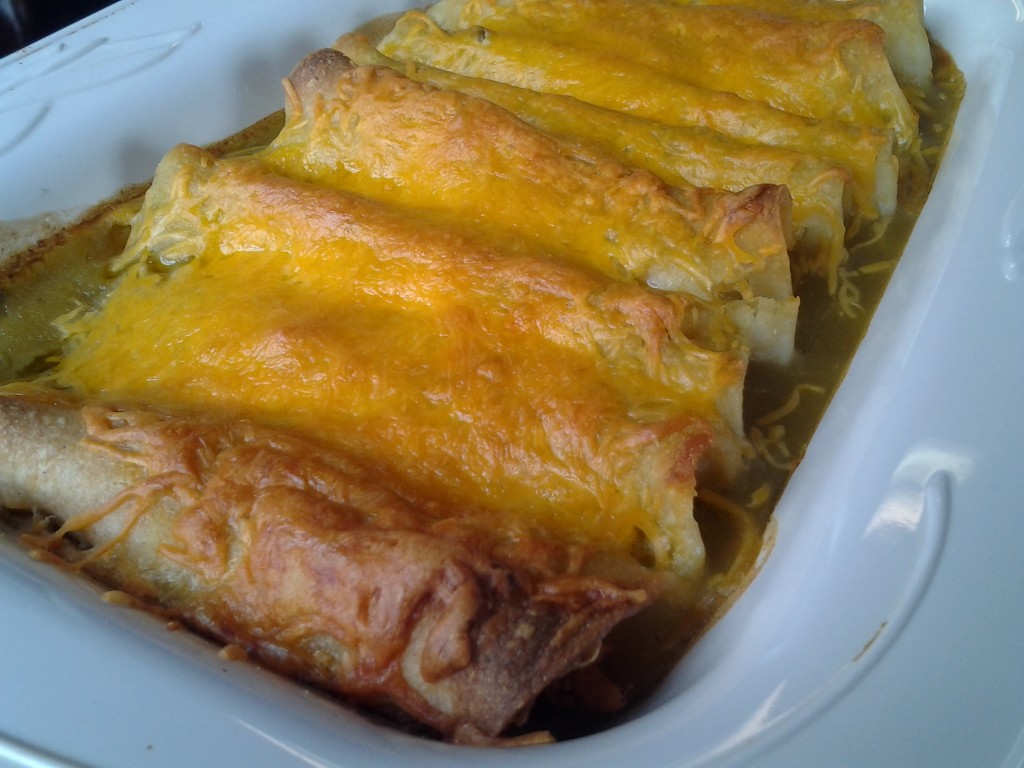 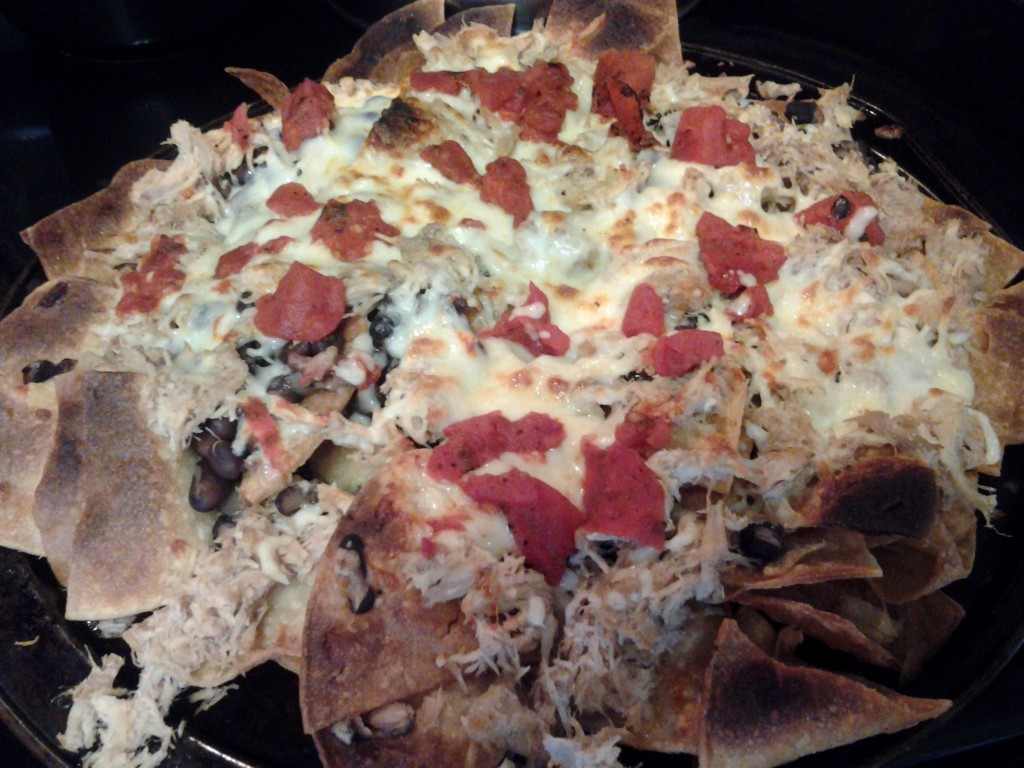 Remember, this is about using leftovers so the “correct” amount is whatever you happen to have.

Pork (could also use chicken or beef)

Black beans (or whatever beans you have – like pinto) 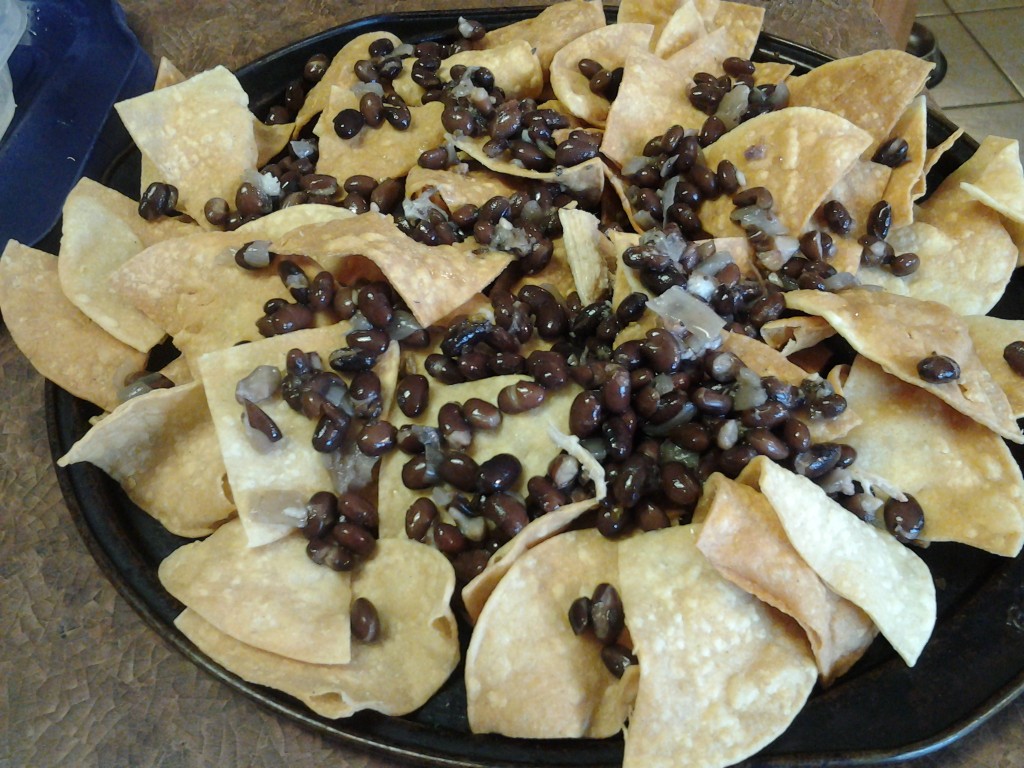 Start by layering chips on a baking sheet

Then layer other ingredients.  There’s no special order just end with cheese.

No need to heat toppings before layering 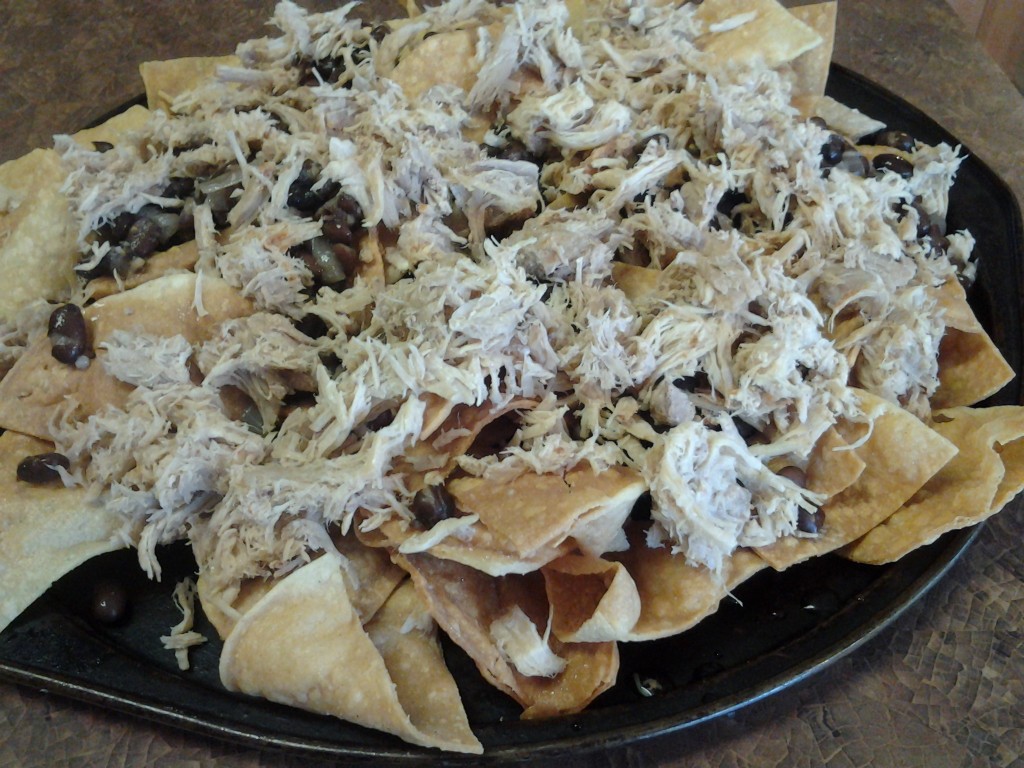 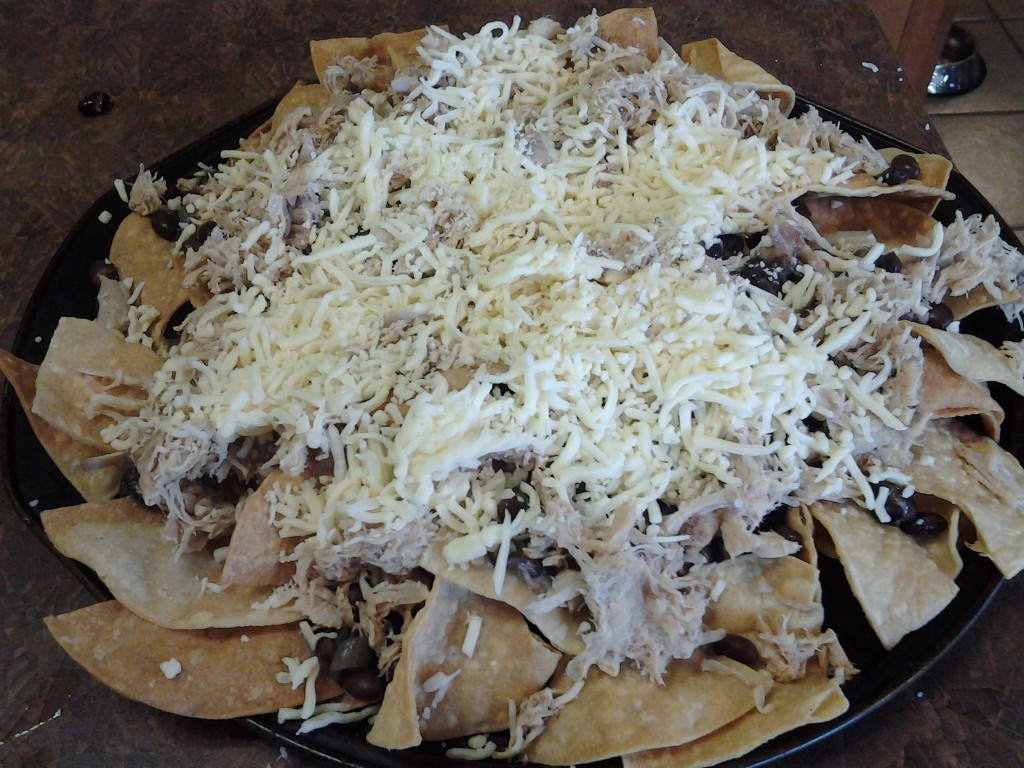 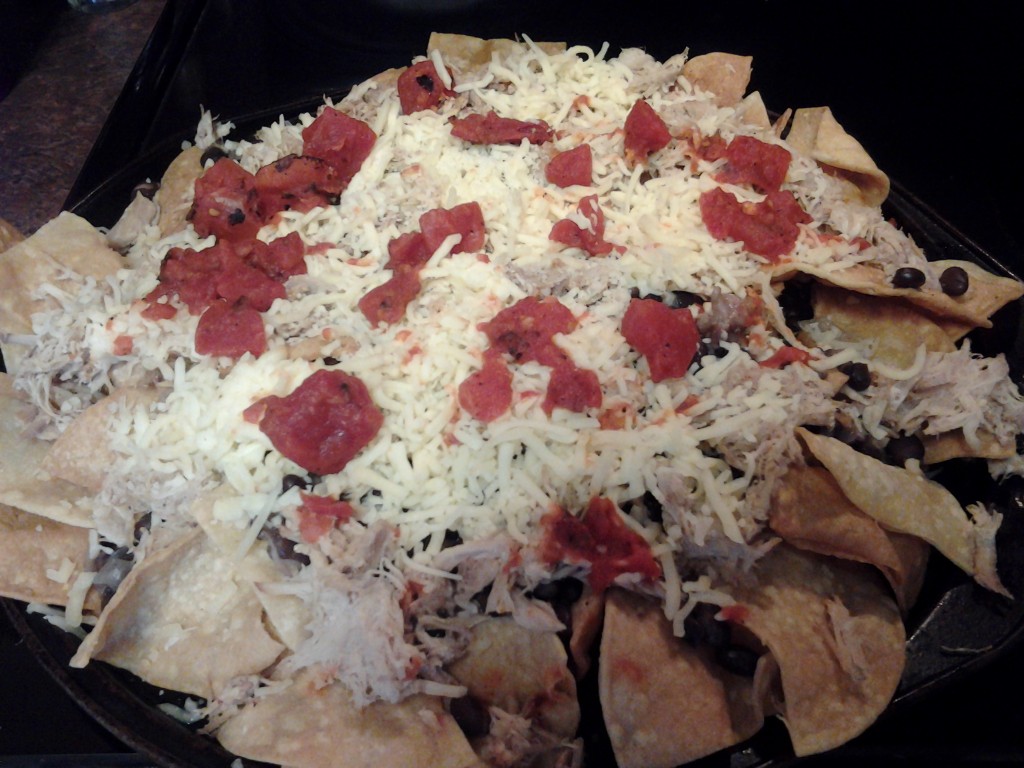 Tomatoes – these happened to be Fire Roasted

Bake at 375 until cheese is melted and “toasty”

A great way to solve the “Leftover Dilemma”

But wait, aren’t Nachos good for solving almost ANY dilemma?